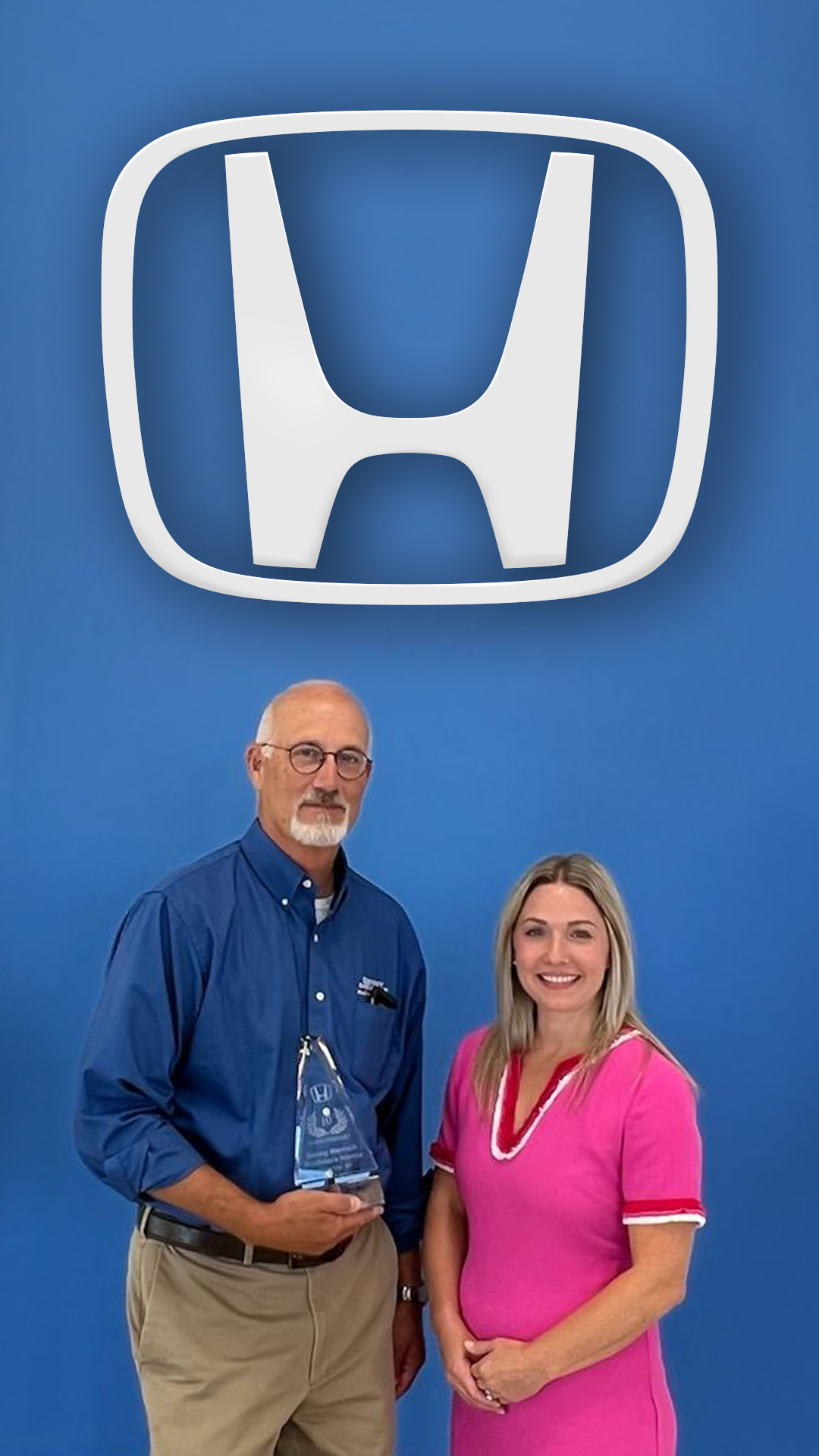 It’s a special month for us at Rushmore Honda!

This month marks 10 years for Denny Menholt Auto Group as a member of Honda Corporation, and Honda Zone Manager Meghan Scott recently presented this plaque to our store GM Terry Hillman to commemorate the occasion. Thanks, Meghan!

We were the first of the stores here in Rapid City to join the Denny Menholt Team, and in the last decade that group has grown to include Denny Menholt Toyota and Rapid Chevrolet. Rushmore Honda has a long history in Rapid City, though. Rice Honda, our first iteration, began in 1955 when Don Rice started servicing and selling motorcycles out of his garage in town. In 1965, he launched his official dealership, which eventually included automobiles along with motorcycles. (His sons still manage the motorcycle/ATV business, Rice’s Rapid Motorsports, just down the street from us!)

Jim and Phil Brekhus, another multi-generational dealership family, bought the store in 1981. It went through iterations as Brekhus Buick-Honda before becoming Brekhus Honda in 1996. In 2001, the Brekhus family sold the dealership to local businessmen Mark Mollers and Denny Gemeny, and we became Rushmore Honda. In 2012, Denny Menholt bought the dealership, folding it into Denny Menholt Auto Group.

We’ve had a few different names and owners over the last 50-plus years, but what hasn’t changed is our commitment to providing our customers with the best possible vehicles and service.

Thank you to all of the employees and customers who keep us moving forward. Here’s to the next 10 years!